William W. (Bill) Gratz began his real estate career in September of 1970, only three weeks after turning 21. Gratz began his career with Robert E. Pratt as a Realtor Associate. In the spring of 1972, Bill graduated from Reich Auction College in Mason City, Iowa. His interest in auctioneering came from his father, Robert E. Gratz, who began the family auction tradition in 1949 and continued until his death in December of 2001. Bill’s son Craig William Gratz, graduated from Missouri Auction School in Kansas City, MO in May of 1990, and is very active in the business today. Bill was elected to the Missouri House of Representatives in 1992 and served until 2002. He has received a variety of real estate awards including Salesman of the Year in 1973 and Broker of the Year in 1985.  In 2015, he was appointed to the Missouri Real Estate Commission.

The auction side of the office offers 76 years of experience. They have been very successful with real estate auctions over the past several years and are the only company in the area that has the experience to do Multi-Parcel land auctions. Gratz Auction Service is a licensed, insured, and bonded member of the Missouri State Auction Association and the National Auction Association and conducts small business administration auctions, federal bankruptcy auctions and estates auctions for various trust departments for area banks. 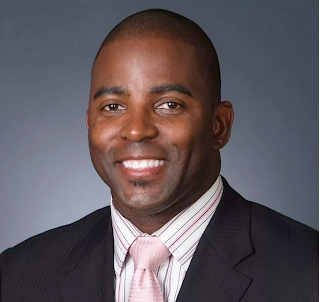 Danan Hughes, a former Kansas City Chief and current Big 10 Network broadcaster for college football and baseball, will serve as the honorary chair of the 41st Annual HK’s Hospital Benefit Golf Tournament, scheduled June 8 and 9 at The Lodge of Four Seasons. Hughes played for the Kansas City Chiefs from 1993 to 1998 as a wide receiver and special teams player. The 1993 team, led by Joe Montana, was the last Chiefs team to appear in an AFC Championship game until 2019. Before going pro in football, Hughes was a professional baseball player, playing one summer for the Milwaukee Brewers minor league team. Since retiring, Hughes has created a successful broadcasting career. He is a TV and radio broadcaster for the Big 10 Network, covering college football and baseball. He also covers college football and basketball for ESPN3. And he does the Chiefs pre- and post-game shows at Arrowhead Stadium. Plus, he is a Chiefs Ambassador, a group that has long supported the HK’s Hospital Benefi
Read more 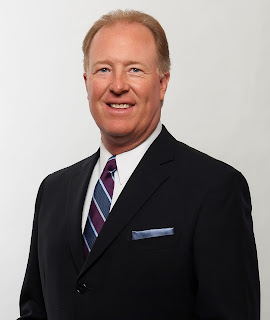 Voted the No. 1 Local Television Personality the past several years, Rod has been delivering the sports news on KRCG 13 for three decades. He's covered Super Bowls with the St. Louis Rams, World Series with the St. Louis Cardinals and Kansas City Royals, Missouri bowl games and SEC and Big 12 Championship games, and NCAA Tournaments for Mizzou. 2019 has been a special year. Rod was inducted into the Missouri Sports Hall of Fame and the Missouri Basketball Hall of Fame. His coverage of local high school sports on KRCG's Football Friday Night and Basketball Tuesday and Friday Nights is considered some of the best in the Midwest. Perhaps he's best known, however, for Rod's Big Ol' Fish! He's shown off more than 10,000 pictures of viewers and their catches from deep sea fishing trips, to the Lake of the Ozarks, to "Grandpa's Pond." While he loves to cover local teams and athletes, Rod also has a passion to help local charities. He's the busie
Read more